From 20 rupees, 2 jeans and shirts, to one of Sri Lanka’s wealthiest Entrepreneurs
As a young school boy in Matale with a knack for business and with the spirit of a fighter, Mr.Zakir Ahamed’s first interest in business began as early as primary school.
“I remember when in school I used to buy chocolate and sell it to my friends, I bought for 20 rupees and sold at 25 rupees and make five rupees within twenty five minutes during the interval. This made me think if I had five hours I can make 25 rupees and how much I can make if I work five years. This is the first wonder I had into business,” said Mr.Zakir Ahamed sharing how his interest in business developed as a child.
Born to a family of 4, to parents who were teachers by profession, Zakir was the eldest son. From an early age, Zakir had to learn to manage hardships and make sacrifices. For instance, as a school boy, he didn’t have electricity at home and had to study using kerosene lamps. 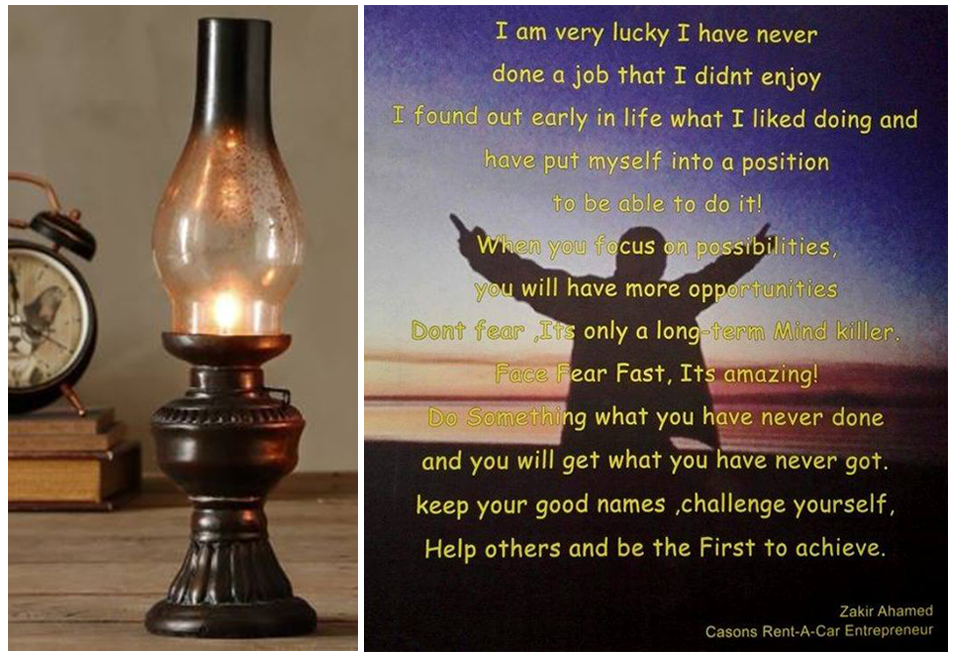 “I had a difficult childhood. As a kid, I had only one shirt to wear to school. I used to wash it every day and iron it with a charcoal iron to dry it in time for school the next day,” Mr.Ahamed recounted his school days.
But he didn’t let his struggles get the best of him. Energized and determined by hardships and the belief that he can achieve his dream, he enrolled at the Mahayiyawa Technical College, after his O/Ls to study automobile engineering.

“I was crazy about cars from a very young age and my dream was to become an entrepreneur in the motorcar industry.”

With just two jeans and two t-shirts in his backpack borrowed from his cousin and a million dreams in his heart, Mr. Zakir Ahamed strolled Colombo’s streets 30 years ago in search of an opportunity to pursue his dreams. It was a dream fuelled by struggles and hardships to become a successful entrepreneur in Sri Lanka.

“I had only a little money with me and I thought one day I am gonna make more money with it,” Mr.Zakir Ahamed said.

He started his career pumping petrol and checking meters at a local vehicle management company. His job was to check all the vehicles at the end of the day and take down the meter readings. But, fate had other plans for him, and he had to leave this job unexpectedly.

“At 21, I was working for a company which asked me to go home. When they told me to go home I had only 20 rupees with me. I thought I have a good youth and I was a 21 year old lad, I could hustle around and see how I could make more money with this 20 rupees,” he said.
Getting sent home, didn’t crush his spirit, instead Mr.Ahamed was even more determined to make it on his own. With the help of a friend who lend him a Corolla station wagon, he started a rent a car  business. But money was not easy to come.

“I remember one instance I had to walk from Colpety junction to BMICH just to collect 300 rupees from a client, because I couldn’t afford to come in a vehicle.”

Mr.Ahamed said that there have been many days when he had decide between having breakfast or lunch because he couldn’t afford to have both. “I used to eat at Indo Ceylon Café, and I didn’t have money most days to have both breakfast and lunch, and I could afford only one meal. So what I used to do was eat mid day between breakfast and lunch so it satisfies both requirements.”

With only 5 rupees in his hands, he couldn’t even afford to buy curries for his rice, so he relied on the free curries that accompanied a dosai meal.  “When you buy dosai, you get any amount of curry for free. So I used to ask for 2 dosais and get free curries.” The dosai curries which are full of vegetables and gram, provided his nutrition and the dosai meal kept him going for the rest of the day.

Soon, he was joined by his brother Zufer who came to Colombo in search of a job.

“My brother came to Colombo to get his passport made to go to UAE for a job. I told him I have a stable business and to join me so that together we can build a business,” Mr.Ahamed says that was how the partnership began.

The humble beginning has strengthened the Ahamed brothers and today their dreams have found new challenges they want to overcome and new dreams they want to achieve. Starting their first rent a car office behind Temple Trees, the Ahamed brothers ran a two men show. Mr.Ahamed says that he was driver, owner, maintenance guy, operations manager, cleaner, tea boy, all in one because initially it was just them in the business.

On his way to success he never forgot his family, from the very early days of making a few rupees a month, he used to send money to his sister who was studying in the Jaffna university. Three hundred rupees may seem a small amount to many, but to Mr.Ahamed, that was sometimes his entire earning for a month that he sent to his sister for her expenses.

He overturned his fortunes by setting up the Casons Rent a Car company in 1987. Today, the proud owner of over five hundred vehicles ranging from standard sedans, SUVs, passenger vans, coaches to luxury limousines and super luxury cars such as Chrysler, Hummer, Benz, BMW including the 24 foot Chrysler limousine which symbolizes the pinnacle of luxury and class, Mr.Zakir Ahamed is a symbol of success.

Supported by his brother Mr. Zufer Ahamed from the early days of his business, Casons Rent a Car has the spirit and fighting quality of Mr.Ahamed and the innovative and creative business acumen of his brother which has been the recipe for success of this company.

Casons is a coined name for Cassim and Sons,  the original company name which was placed in honor of their father Mr.Cassim. The company operated even during the time of terrorism offering specialist tourist travel and promoting Sri Lanka as a popular tourist destination.

The Company today boasts of a dynamic and dedicated team of 200 employees including 15 automobile technicians and 150 trilingual drivers serving customers speedily & efficiently. Casons Rent a Car is also the official supplier of vehicles to all major international events hosted in Sri Lanka. The company’s clientele includes  the United Nations Agencies and diplomatic missions in Colombo, many private sector companies and several government organizations.

Casons Rent a Car is also the winner of two Gold and Silver awards in 2017 and 2018 as the “Leading Tourist Transport Provider” in Sri Lanka and in the South Asia, awarded at the South Asian Travel Awards organized by the SATA.

“I am the biggest fighter, when it comes to business I don’t think anyone can fight like me. I will fight nonstop till I achieve it. This is the reason for my success,” he said. He believes that anyone who is determined can make it big if they are willing to work hard and never give up.

A big dreamer and big believer that one needs to believe in themselves first and their capabilities, Mr Ahamed is a fine example of how determination, courage, self belief and passion can change the fortunes of any individual.

“Event at this age I dream. I dream that I want to be the best entrepreneur in Sri Lanka,” Mr.Ahamed said.
He reminisces that his first customer Mr.Prasad Wijesuriya still continues to rely on him for all his transportation requirement. “I must have done something right for my first customer to stay with me for this long,” He said proudly.

The business which has now expanded to the international tourist market, has a large clientele booking their vehicles online through the company’s online booking engine. In addition, the company also provides specialist vehicle requirements such as four wheel drive vehicles for special terrains and other similar requirements. Together both brothers hope to take the transportation business to greater heights in Sri Lanka offering hitherto unexpected offerings and services to the local and overseas travel.

Ready to take on the challenges of the future, Casons Rent a Car says they are embracing all problems and challenges they face as new opportunities to learn and grow.  With a business motto of providing excellent service to each customer and a philosophy of self-belief, never give up attitude and fighting in the face of challenges, the company has undoubtedly much more to offer in the coming years.

Looking back at his journey and looking forward to the future Mr.Zakir Ahamed says that:

“I am very lucky that I have never done a job that I didn’t enjoy.
Found out early in life what I liked doing and have put myself into a position to be able you do it.
When you focus on possibilities you will have more opportunities.
Don’t fear, it’s only a long term mind killer. 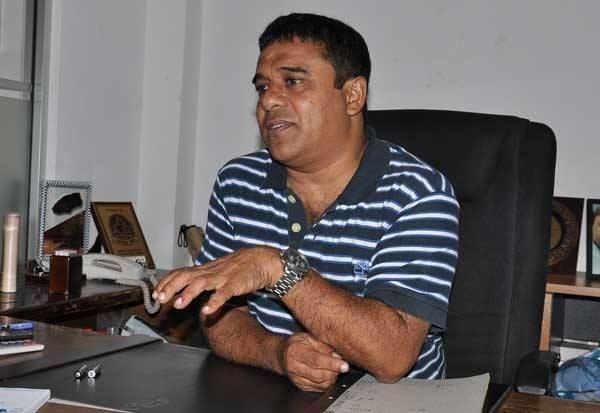 You have any questions or need additional information?   Contact Us