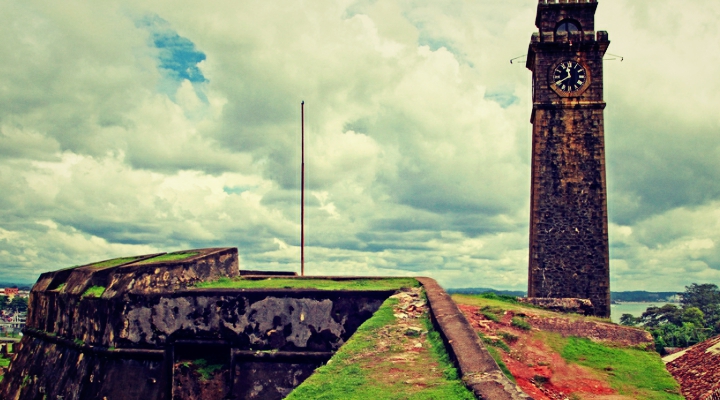 Visit Galle; a well-preserved colonial town that stood the test of time. A journey to Galle is approximately 104 km away and when travelling with Casons-Rent-a-Car, you will be offered a selection of our finest fleet of vans, cars, 4x4 cabs, SUVs and buses to choose from. Those who travel with us during the 1.5 hour journey will have the luxury of travelling in comfort and style.
Our experienced drivers will choose the best routes for you, such as the one via the Southern Expressway/E01. However, the best alternative routes  to reach your destination will also be decided by your driver. Casons-Rent-a-Car employs knowledgeable drivers / guides to ensure your Galle tours run with ease and that you get the most out of your tour.
Once you reach Galle, here are some of the things you could do:
The Galle Fort
The Galle Fort was first built in 1588 by the Portuguese and later restored by the Dutch during the 17th century. The walls of the fort were constructed to protect the city of Galle from other invaders and much of its structure still stands today. The Galle Fort has been marked as a UNESCO World Heritage Site.
The Galle Lighthouse
The Galle Lighthouse, located within the southern end of the Fort walls was built in 1848 and is known to be the oldest lighthouse in the country. The lighthouse stands at 87 feet and is in operation even today.
The Galle Clock Tower
The Galle Clock Tower is located at the entrance of the Fort and was constructed in 1883. The tower is around four storeys high and stands over the Moon Bastion.
The National Maritime Museum
The Maritime Museum located in a restored Dutch warehouse; houses artefacts and numerous ancient relics that were retrieved from sunken ships and various other sources. Items range from traditional fishing boats, replicas of ships, and other items found on the ships such as maps, beer mugs, etc.
Dutch Reformed Church
The Dutch Reformed Church, also known as Groote Kerk, is located within the Dutch Fort and was built in 1755. The church is one of the oldest protestant churches in the country that is still in use. Its stained glass windows and paved tombstones on the floor make the church one of the most visited attractions in Galle.

You have any questions or need additional information?   Contact Us